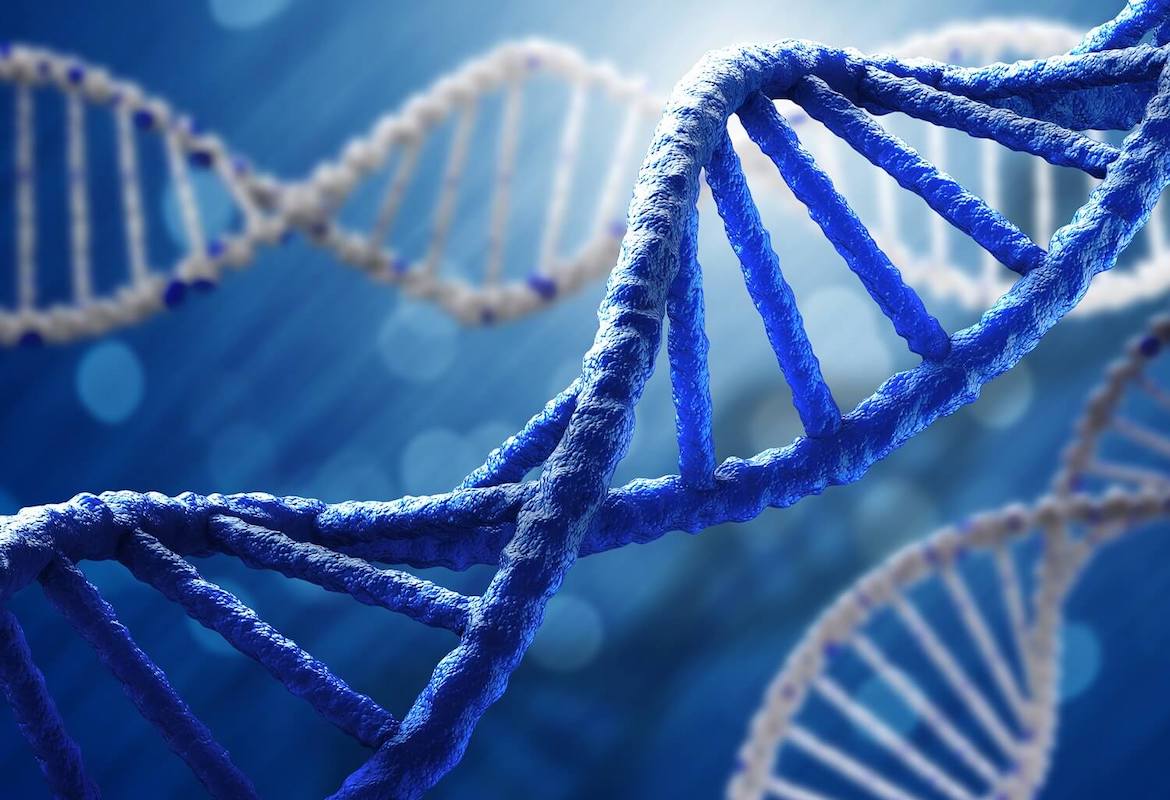 The genetics of guinea fowl colouring has not yet been researched thoroughly enough for me to make any definite statements here. All of the following information is based on what little reference material I have been able to find, interpreted through a combination of my knowledge of peafowl genetics and several educated guesses. If anyone finds a weak spot in my reasoning, or has any more information to add, I would be very pleased to hear about it: please email me via this website, and I will get back to you as soon as I can.

First, it helps if you have a basic knowledge of how genetics works in birds. So I would suggest that you visit the following web site, which explains peafowl colour genetics in good, yet accessible, detail. Having a quick read through of the information there will allow you to follow my reasoning here, I hope.

And now, onto the guineas.

Guineafowl come in many different colours, with plain or pied varieties of each of those colours. Each of these different colours come about because of the combination of a few different genes. With guineafowl we have two different issues to consider:

If you breed together a lavender and a pearl grey, this is how the combination of those genes work:

So each bird from this hatch would have one G (grey) gene, and one l (blue) gene for background colour. Because G is dominant over l, that means that the offspring of this mating would appear to be pearl grey, but would also carry a blue gene, which could appear in further matings. You could say that their phenotype (what they look like) is pearl grey, while their genotype (what their genes contain) is pearl grey split to lavender.

If we then mate those Gl birds together, this is what happens:

So out of this crossing, one chick in four would be pure pearl grey (GG); one in four lavender (ll); and half the chicks would look pearl grey but would carry a blue gene (Gl), ready to interact in further breedings.

Things get more complicated when we move onto the brown colours: buff, brown and chocolate. These colours are believed to be sex-linked, which means that for hens, you only need to have one gene for the bird to appear to be that colour, whilst for cocks, two copies of the gene need to be present (this is very confusing, and is explained very well on that peafowl colour site I referred to earlier-go back and have another read!). As you can imagine, this complicates breeding these buff-coloured birds a little but does not make it impossible. It also allows for a very interesting cross, which allows you to sex the chicks immediately on hatch. It works like this. We'll use the chocolate colour in this example.

The buff gene has a further interesting side-effect, in that the hens all are noticeably darker than the cocks. So much so that the buff can be described as an autosexing colour (that is, you can sex the keets at hatching by the colour of their plumage).

There is also some discussion about the possibility that when a genetically-blue bird is crossed with a genetically-buff bird, then a further background colour can result-the opaline and porcelain. If this is true then it would disprove the sex-linked theory (as that states that a hen with one buff gene would be buff, and nothing else): but so far, I am not aware of any test-breedings which have proved this.

There are three levels of pearling available in guineafowl: fully-pearled, semi-pearled, and non-pearled, or solid colour. How this works has been the source of much debate in the frantically competitive world of guinea fowl genetics (that is to say, I have found a few books on the subject which each contradict the rest).

This argument, however, is disproved by the current state of guinea fowl in Europe. There are no solid colours over here at all. Only fully-pearled and semi-pearled. If non-pearled was a semi-recessive gene, then by simply breeding together two semi-pearled birds (Ss), we would get non-pearled, like this:

There, on the bottom right hand side of the Punnett square, is ss, which represents a non-pearled bird. In just one breeding of two semi-pearled birds. If it were this simple then Europe would have as many non-pearled birds as the USA has now, as even if left to breed in unsegregated flocks, some birds with this genetic combination would have appeared.

The non-pearled, solid-colour gene is also recessive to the fully-pearled gene, and probably recessive to the semi-pearled gene too (mostly because there are far fewer birds with this characteristic visible, which is the case with recessive genes) . It could all have a completely different mechanism, of course, which has not become apparent yet: but for now, this is the best explanation that is available.

As an interesting note, the less pearling apparent on a bird, the darker its background colour will be. So, the Royal Purple is the semi-pearled version of the pearl grey, and appears a little darker than it; and the violet is the non-pearled version of the pearl grey, and is darker again. Whether this darkening effect is due to a real difference in pigment concentration, or whether it is due to the optical illusion of the pearling artificially brightening the surrounding plumage, I am not quite sure-but it's an interesting thing.

The final consideration is the depth of colour present in a bird. This has been referred to as dilution, by people who consider that the norm is a darker bird, which this genetic trait works upon to lighten; and as the dark shade variant, by people who think that it works by darkening the plumage of the bird affected. Whilst I find the term dilution more inherently elegant, I prefer to use the term DSV, for two reasons: the people who use this term are more highly qualified in genetics than the people who use the term dilution; and a lot of the references to dilution that I have found seem to confuse the issue of dilution with the addition of the buff gene, and the darker buff hens.

The DSV gene (if there is such a thing) seems to produce a bird with plumage which is noticeably darker in shade than the plumage of those birds without it. Now, as the degree or absence of pearling, and the presence of buff in the bird's genetic make-up, can both darken a bird's plumage, there does seem to be a pattern appearing here. I have just got to do a whole lot more research and work out what that pattern is, and as soon as I do, I will share it with you!

How pied birds appear is still open to debate. One current opinion is that you need one white gene to produce a pied bird, and two to produce a white bird. But I have discussed this with several good friends of mine who happen to be genetics professors at my local university, and between us we think that this is probably not the case. Their reasoning is, very simply, that pied birds have random splashes of white across them. You would almost certainly need two genes for this to happen: one which controlled the white, and one which controlled the random splashes. Two copies of the same gene could not control two completely different factors.

My opinion is also backed up by how pied birds happen in peafowl. You might want to go back to that peafowl genetics page that I referred you to earlier, where it explained much better than I have room for here.

In essence: until quite recently, it used to be thought that with peafowl, one white gene (T) led to a pied bird, whilst two (TT) gave a white bird. However, it is now apparent that you need both a pied and a white gene (PT) to get a pied peafowl, or two whites (TT) for a white bird. Peafowl with two pied genes (PP) are known as "dark pieds" and signal this effect by appearing to be a "normal" non-pied bird but with a few white flight feathers; birds with just one white gene (T) again look like a normal bird with white flight feathers (usually fewer in number than in the dark pied). If you have a pea with white flight feathers, but don't know whether it is a dark pied or a white cross, there is a foolproof way to find out: mate it with a pure white pea. You will get either 100% pied chicks (in the dark pied/white cross) or 50% white, 50% white cross (in the white/white cross mating).

Now, whether guineafowl use this same mechanism to produce their pied birds has not yet been confirmed and won't be until we do some selective breeding to test all the theories out. But at present I am betting on the "one white, one pied" formula and promise to let you know if this changes.

So, there you have your brief descriptions of how genetics bring about the different colours in guineafowl. The thing to do now is to see how it applies to the birds themselves. To help with that, I have produced a table showing how all the different colours relate to one another. The colours which appear here in brackets are ones which I am still uncertain about: for example, some sources state that buff is a non-pearled colour, whilst other sources insist that it is a semi-pearled colour. Consequently, buff appears in brackets in both the semi- and non-pearled columns. And no-one can quite agree on whether slate has a blue, buff or blue-buff background colour, so it goes in all three rows!

I have filled in the suggested genetic combinations for each of these birds, given in italics, where I can. I don't know how the DSV works so I have left those rows blank. And there must be a different gene for the brown/chocolate row, which cannot be identical to the buff dundotte/buff row. I suspect another background colour there but, as I cannot be sure, I cannot for now give you a formula. Here is a table to remind you what each code refers to. Remember that the letters in upper case represent dominant characteristics, whilst the ones in lower case represent the recessive characteristics.